Want to become a pro golfer? Play on lush green courses all day? Win championships and have your name in lights? Let’s all join the back of the queue together!

Although all of us here at the ENTERTAINER HQ will probably never achieve any of the above, we’re in the right place to not only be able to meet some pro golfers, but also sponsor them, too!

After becoming the youngest winner in Challenge Tour history with a wire to wire success at the GANT Open in Finland at the age of 17, German national team golfer Dominic Foos, now aged 20, is seen as one of the sport’s most promising young stars.

Picking up his first golf club just before his third birthday, Dominic has since gone on to achieve spectacular success, including boasting the title of #1 amateur golfer in Germany in August 2013.

Giving us an insight into his exciting life, we were lucky enough to join Dominic at The Els Club in Dubai Sports City, where he shared his inspirations and favourite memories with us. This also gave junior golf player, Viggo, the chance to ask him for some advice on how to work hard on gaining such success.

With such a hectic schedule travelling to and from events, Dubai has been a great base for Dominic to live in, and has also meant that he can practise within some incredibly stunning grounds (yes The Els Club, we are looking at you!) Of course, this also means he can use his ENTERTAINER when he’s in the city, too…

Having the opportunity to sponsor Dominic has been a pleasure for us here at the ENTERTAINER, and we’re excited to see the outcome of The Challenge Tour, which consists of 27 tournaments taking place in 21 different countries. Mixing historic tournaments such as the Barclays Kenya Open and the Rolex Trophy with newer events in developing golfing nations such as Ras Al Khaimah, Turkey and China, the season will culminate at the crucial NBO Golf Classic Grand Final in Muscat.

At the Grand Final, the top 15 players will gain the European Tour Card for the following season. Join us in wishing him all the luck!

Side note: If you’re in Abu Dhabi, and want to get working on your skills, don’t forget you can also check out Saadiyat Beach Golf Club, which owns the picture perfect backdrop of the Arabian Gulf and the pristine white sands of Saadiyat Island!

Save & Smile With The ENTERTAINER Abu Dhabi 2018!

5 Ways To Have Fun This Weekend 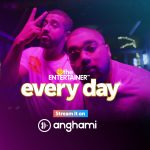 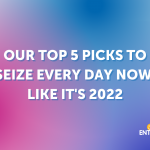 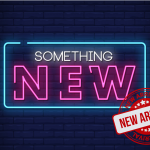 It’s that time of the year again… The run up to the BBC Good Food Middle East Awards 2017! And guess what? We’ve been nominated for the Best Food App, and we want you to help us win! If you can’t…

The ENTERTAINER Dubai and Abu Dhabi 2019 are finally here! 2018 has flown by and we can’t quite believe how fast 2019 is approaching! This means we’ll soon be getting ready for Christmas and the New Year but it also…

The year is almost over, which means something big is happening. So, we asked our friends at work how they feel about the launch of the eagerly anticipated ENTERTAINER 2018, and here are some of the answers we received… DON’T…

Step out of the virtual world and sing your heart

All good things are wild and free🕺 Don't get s

The ENTERTAINER has entered the chat... #ENTERTAI

Slide into real-world offers! 💦 Check out of t

Dear Sunday, we love you now! 🤩 What are your

What day is it? What is going on? We know you're l