It’s an exciting time for us at the ENTERTAINER because we’ve achieved something that we are incredibly proud of – we just turned 20 years old and have joined the ranks of some of the world’s most iconic moments that have reached their 20-year milestone this year! It’s been a wild ride and we’re so chuffed to celebrate with you all.

2001 was full of iconic moments and we are buzzed to share our 20th birthday with some of these memorable moments from the start of the glorious decade we call the noughties.

iTunes and the iPod was created

Thanks to Apple and Steve Jobs, we have had 20 years of banging tunes at our fingertips. Who remembers spending hours uploading all their music, ripping CDs and re-arranging it all by genre, artist and mood? The thrill of having your new favourite CD on your swanky iPod while commuting to work was a truly iconic moment in history. 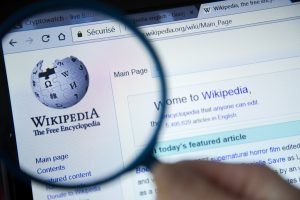 What did we do before Wikipedia? Does anyone know? Hold on a sec while we find out….on Wikipedia. It was the lifesaver of all college kids struggling to write their papers at 2:00 am and to this day, we use it to find out weird facts about spider monkeys and to stalk our celeb crushes.

You can’t deny the genius of Shrek and Monsters, Inc. They are considered classics now and the release of the first-ever Harry Potter movie (which was the BIGGEST movie of the year by the way) was a momentous occasion that we are proud as punch to say we share a milestone with.

We all jammed to these songs on repeat 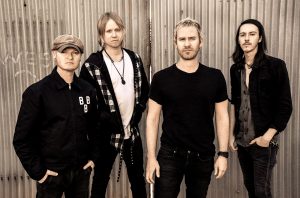 It seems that we all felt a little angsty in 2001 because the Billboard Year-End Hot 100 singles of 2001 was topped by “Hanging by a Moment” – Lifehouse.

Listen to “Hanging by a Moment – Lifehouse” on Spotify

We can’t lie, we’ve added it to our favourites playlist and whenever it pops up we are transported back to our younger days and it’s still a great tune because we can’t help but close our eyes and bop our head.

Next up was “Can’t Get You Out of my Head” – Kylie Minogue. This stayed number for four weeks in a row in the UK and we can’t deny that it’s a floor filler even to this day.

But it was Mariah Carey who managed to top them all with “Loverboy”. It was the best selling single of 2001 and it’s a true noughties anthem that is now stuck in our head for the foreseeable future.

If you want to listen to an extensive playlist of 2001 bangers for a good ‘ole reminiscing sesh then click right here. 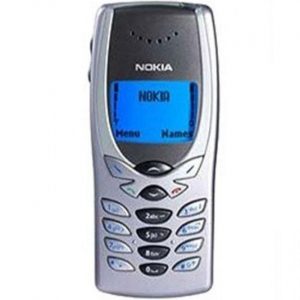 This little beauty was released in 2001. It’s the Nokia 8250 and it brought with it the first monochromatic screen. We no longer had boring black and green screens! It was the first step towards colour screens and the out-of-this-world HD screens we have today. Ah, this makes us nostalgic for a game of snake and writing TB at the end of every text.

Celebrate our birthday with us and click here to get your app today.

Welcome to Abu Dhabi where we do things a little different! Meaning…